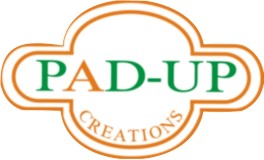 Home › Female Forum › YOUTH AND WOMEN EMPOWERMENT BRINGS DEVELOPMENT TO THE COMMUNITIES AND SOCIETIES AT LARGE
By fatima Dasuki April 21, 2022 0

Over the years, the international community and national governments have stressed the importance of Women and Youth Empowerment

As Pad-Up Creations Limited has been Setting the Pace to take Women and Youth to the fore front when it comes to Empowerment and Development…. to be self reliant, independent and self employed.

Consequently, various conventions and conferences outlined platforms including the United Nations Convention on women’s rights and development. In line with the Sustainable Development Goals, the Nigerian Government designed various women economic empowerment programmes at the national, state and local levels. In order to compliment government’s effort and bring to bear the impact of the SDG on the rural and urban communities, establishment of skills acquisition centers, small scale farming and provision of soft loan to empower women and youths.

The rationale behind this initiative is to further complement the government and the NGO’s for efforts towards the welfare programmes to emancipate and broaden the knowledge of women, youths, widows and the less privileged from ignorance, poverty and diseases in order to redress the prevalent imbalance in the area of education and immediate environment. In addition, it is to contribute to nation building by producing self-employed people who can establish on their own and employ others, by contributing to the societal welfare through the training of the underprivileged and to assist the youths and women in acquiring basic skills so that they can be efficient, self-sustaining and self-reliant.

Nowadays, it is essential to adapt our arguments to the context and to focus directly on what could influence citizens’ choice, namely the financial impact of conservatism or the shortfalls due to the political and economic exclusion of young people and women over a long period time. Consequently, it is necessary to highlight the effects of social development on financial policies without a drastic social change the financial development of nations cannot take place as it is suppose to be in the favor of the entire citizens as a whole.

Furthermore, with every indications it has clearly shown that the most developed regions are the regions with a better integration rate of women and young people in paramilitaries, public and private sectors as well as in political positions while on the contrary, the conservative regions, although they often have important natural resources but still struggles to make progress financially maximising the chances of a population’s success that inevitably involves the development of all its skills, especially for populations made up mostly of young people, where women are increasingly educated and represent an important workforce in the society.

If young people are known for having an entrepreneurial skills and innovative spirit, empathy, kindness and being ethical which are highly recognized as being female qualities… A society in which leadership is innovative, energetic, empathetic and benevolent can only develop in the right direction when the issues of reinforcing female and youth leadership which demonstrates evidence and acknowledge which until now, the positive discrimination against women and youth has been an integral part that needs review and development in political leadership generally as a whole as well as enabling the youth and women in the better participation in decision making without experiencing violence against women. Nevertheless, if the youth and women are still experiencing an unprecedented development in their favor with no or low representation rates then surely it is as a result of a lack of organization due to the characteristics of the population in the framework of cooperation to be carried out in the empowerment of young people and women as a very vital the key to development.

Strengthening the Role of Women in Society is a necessary step needed to be taken to reinforce the efforts undertaken which is an opportunity to advance towards the advancement of technologies and development that is through concrete approaches, the place of women in both political and economic levels are however far beyond the political domain which very few mechanisms have been introduced to affirm this leadership mainly through the economic domain. Major challenges surrounding empowerment of youth and women are still to be taken note of at this era and time of generation in which we tend to find ourselves in. An empowerment which has to do with finance, the important key is encouraging women and young people to take responsibilities right from their early age in their career in other to give themselves the widest range of options available at their disposal, with a limit to social change, the financial development of nations cannot take place.

This will enable them to be closer to their skills and ambitions, in an enabling environment, to be aware of the laws adapted to professional integration, a financial system in line with their needs and an administration which is reactive and attentive. Financial empowerment must be accompanied by mechanisms of equal access to information, thus compensating for the lack of social integration of this population and allowing existing financial opportunities to be made more evident.

In a world where technology offers unprecedented openness until now, the steps taken by progressive individuals to make a case in favor of better inclusion of women and youth people in political processes, were based mainly on arguments linked to principles of equality and human rights. Yet, those from countries where the conservative way of thinking is dominant, awareness with these arguments do not have the necessary impact to inject a change of pace that we are expecting. Moreover, this is why weather be it a new law, initiative or programme there are always moments we sense the difficulty of imposing a certain rationality on the debate, to quickly fall into ideological wars that result in the initiatives taken losing their consistency, and consequently their impact.

Nowadays, it is essential to adapt our arguments to the context and to focus directly on promoting and realizing standards and fundamental principles and rights at workforce thereby creating a greater opportunities for women and youths to secure decent employment and income which will enhance the coverage and effectiveness of social protection for all and strengthen social dialogue among them respectively as programme and contributions will create decent employment opportunities for improved livelihoods and alleviation of poverty aiming at contributions towards the reduction of unemployment, among the youth and women, through the creation of employment opportunities in a number of areas and communities.

Empowerment of young people and women is the key to development as it is essential to achieving the empowerment women if given the opportunity to explore, advance, through concrete approaches, to economic levels, it is necessary to underline the impact of mobility on empowerment and development of leadership, social impact has never been undertaken. Empowering the youth and women will help to put a stop to the wrong vices that most women and youth engage in lately as a result of sitting idle doing nothing thereby wasting precious and useful time in dangerous and vein talks which leads to joining bad gangs .

PROVIDING A SUSTAINABLE SOLUTION TO MENSTRUATION

Back to Top
Notify Me

How to Earn More!